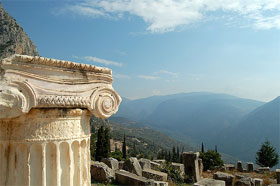 This tour takes you on a journey to the historic city of Athens, with sights such as the Acropolis, the temple of Olympian Zeus, the Roman and Greek agora as well as the historic center. In Delphi, where the oracle lived in ancient times, you can admire the temple of Apollo, as well as parts of the stadium and treasury. Meteora boasts massive limestone boulders sticking out of the earth in something out of a sci-fi creation. The fact that monks have built monasteries on top of these hundred meter tall rock formations is perilous as it is awe inspiring.